Actors, I help prepare you for auditions for roles in TV, film and theatre. You will sound 100% like the character you need to play. 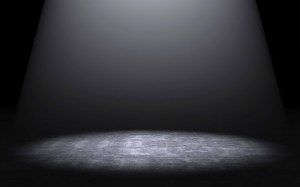 Before meeting the actor I’m working with, I do my research. I will read the script in order to gauge any relevant information relating to the character’s voice and dialect. In addition to my initial consultation with the actor, I also like to talk to the director to get notes regarding the character’s dialect. In addition, it is useful for the actor to record some of the script, first in their natural voice and then I ask them to make another recording attempting the dialect. With all this information and my own research on the dialect itself, I can tailor my coaching technique to the actor’s needs. Everyone learns differently. I think that’s one of the most exciting parts of being a dialect coach – finding out how the actor learns and customizing my approach to suit their learning style. It allows for a much more productive journey and, ultimately, a better result.

“When prepping an actor, most prefer to work via Skype. An actor may need one session or many sessions, depending on the circumstances.”

“The accent starts to drive the character. It can define the walk, the shoes you wear, the passivity or aggressiveness.”

“When you’re in the scene and you’re thinking about the accent, you don’t have it, at some point, though, it just clicks, and I can let go then of where my jaw goes and where my tongue should be.”