Authenticity Within a Role Requires An Authentic Dialect

Producers, you’ve searched high and low to find the perfect actor for the role. There’s just one problem. The character is born and raised in New York and the actor is not. This becomes apparent when the actor attempts but fails to convince you that he sounds like a New Yorker. Time is ticking and the actor’s schedule is extremely tight but making sure the actor sounds authentic in the role is imperative. 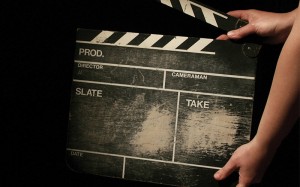 As a dialect coach I work with both the actor and the production. Every project works differently, so being able to seamlessly fit in and get work done with effective results is key. Prepping the actor before they get to set is always the best option where possible. Even if the actor is on a different continent or has time constraints, I am able to work with them via Skype. This method has proved effective on many projects. When working on set, I will take notes and assess the actor’s dialect and vocal skills. Those notes get passed onto the post-production team. Being on set with the actor is the fastest route to perfecting their required dialect. It allows the actor to continue working without disruption or delay. Last minute script changes are not uncommon. With me on set, dialect issues can be addressed outright. I’m located in Los Angeles but can work anywhere in the world, holding both a UK Passport and a U.S Greencard.